Is Encryption Enough to Protect Yourself?

Is Encryption Enough to Protect Yourself?

With the increase in cybercrime over the past few years, many internet users have turned to encryption in an effort to protect themselves online. Businesses are no exclusion; well-known companies have experienced data breaches within the same time frame and have been trying to ensure their employees are taking preventative action. A lack of security can drive customers away, so it’s especially important for businesses to implement procedures to safeguard the data of both their company and clients.

Though businesses have some extra interests to protect, data breaches are serious for any internet user, as individuals are still at risk of having their personal information leaked or their identities stolen. Whether you’re the average internet user or you have a business to maintain, it’s likely you’ve used encryption before.

Security services such as a Virtual Private Network (VPN) encrypt your internet connection at the very least. Though these services that are used for online safety are helpful, is encryption really enough to protect yourself?

Encryption converts data into ciphertext, preventing hackers from accessing it in most cases. Though they certainly can try to bypass it, it could take several years if you’re using 256-bit AES encryption. Luckily, most software uses this level of encryption. Unless you’re a person of extreme interest, it’s unlikely any hacker is going to spend time even trying.

Email is particularly vulnerable as it can be intercepted and read. Most services, including popular ones such as Google, can’t guarantee their email is encrypted from every angle.

If, for instance, you’re sending mail from a Gmail account to another Gmail account, great; if you’re sending it “out of network,” their encryption no longer works. Third-party services such as SafeTLS are available to help fully encrypt your email messages, something you won’t find included as a default in just regular old email.

If encryption is putting a roadblock in the way for hackers, they simply have to find another access point. It’s important to understand that using encryption is still helpful, but you’ll also need to use other methods to prevent data breaches if you want to protect yourself online. 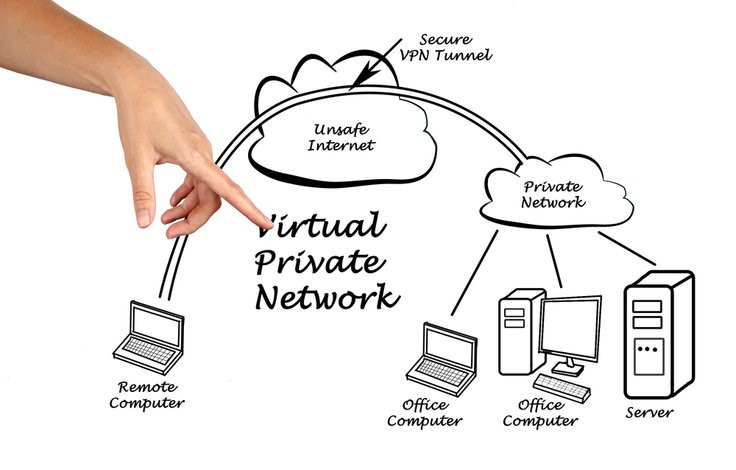 Encryption doesn’t safeguard against clicking on malicious hyperlinks or inadvertently leaving your accounts open to attacks. A VPN can protect you against malware that is injected onto your device by a hack via your internet connection, but you will still need to avoid visiting risky sites and downloading potentially harmful files.

It’s also easy to forget that mobile devices are at risk. Luckily, you can often use apps that encrypt your internet connection or other files, but accessing the internet on any mobile device poses nearly the same risk it would as if you were on a computer. Some ways you can avoid malware in particular is to avoid visiting unfamiliar websites, clicking on links or ads, and avoiding downloading any files you aren’t certain about.

Even though complete immunity from cyberattacks doesn’t exist, learning about basic net security is likely to keep you much safer online compared to the average internet user. When you are aware of the risks of completing certain tasks on the net and know how to spot subtle details, you’ll eventually be able to notice suspicious ads, websites, links, messages and scams in advance.

If you’re running a business, be sure to train your employees so they too can prevent cyberattacks from occurring. Having your employees properly educated on internet security is especially important if they have access to customer data or any devices that contain personal information of any kind.

For starters, consider installing an anti-virus program if you don’t already have one, as it will allow you to scan for malware and remove it if need be. It would be a good idea to use other security software as well, particularly ones that serve different purposes so you have a higher level of protection overall.

Get Tips, Tricks & Techniques Delivered Once a Month

Sign up for the DataMotion Newsletter and always be the first to know the latest news about DataMotion, industry trends, and best practices surrounding secure exchange.

So what exactly are the risks of using the net, and how can you keep yourself safe? Some of the main risks include data being leaked and deleted from your device and database, accounts being compromised, your device being affected by malware, identity theft because of leaked information, and the downfall of your company if you have one (for example, relationships with your clients can quickly sour if their personal details are acquired by a hacker, and the reputation of your business may become less than favorable as a result).

Some basic ways you can keep yourself safe (other than using security software) is to secure your accounts, avoid clicking on every link or ad you come across, stop yourself from oversharing, avoid storing passwords on your web browser and log out of your accounts when you’re done using them.

To secure your accounts, you need to know how to create strong passwords. A strong password is a combination of numbers, uppercase and lowercase letters and symbols. Your passwords should exclude any personal information, single words found in the dictionary and anything that could be linked to your identity. Avoid reusing passwords too, as it makes it easier for a hacker to access more than one of your accounts if you’re using the same password for multiple logins.

Lastly, pay attention to news about internet security in general. If there is a common scam going around the net, you’ll likely hear about it so long as you keep up with news on the topic. Remember to keep an eye out for subtle differences in the text and appearance of sites or emails as well, since there are a lot of ways an internet user can be easily tricked into handing over personal information. The main way this is done is by the scammer posing as something or someone they’re not.

So Is Encryption Enough?

Encryption is an excellent choice for select purposes, but it isn’t enough on its own. It can keep your email from being intercepted and read, but it can’t stop your account from being stolen by phishing. An encrypted connection can keep hackers out, but it doesn’t prevent you from manually downloading malware.

There’s no doubt that it can be helpful in protecting your privacy and data at the very least, but a varied approach to internet security is often the best choice. Most of all, you will have to do your part to keep yourself (or your business) safe and that means knowing what to look for and avoid.

About the Author: Cassie Phillips is an independent blogger whose main focus is online security. As a long-time internet user, she has tried just about every available method of safeguarding her data. She uses encryption on a regular basis and often encourages the use of security software that can encrypt one’s internet connection at the very least, though she stresses the importance of additional protection as well. Cassie is also a contributing writer at SecureThoughts.com.

Want to learn more about securing your communications?

What are Open APIs and FHIR for Health Information?

ONE OF THE FOLLOWING

Adding a Secure Message Center to Self-Service Portals and Apps

What are Open APIs and FHIR for Health Information?